Importance of an Eternity Ring 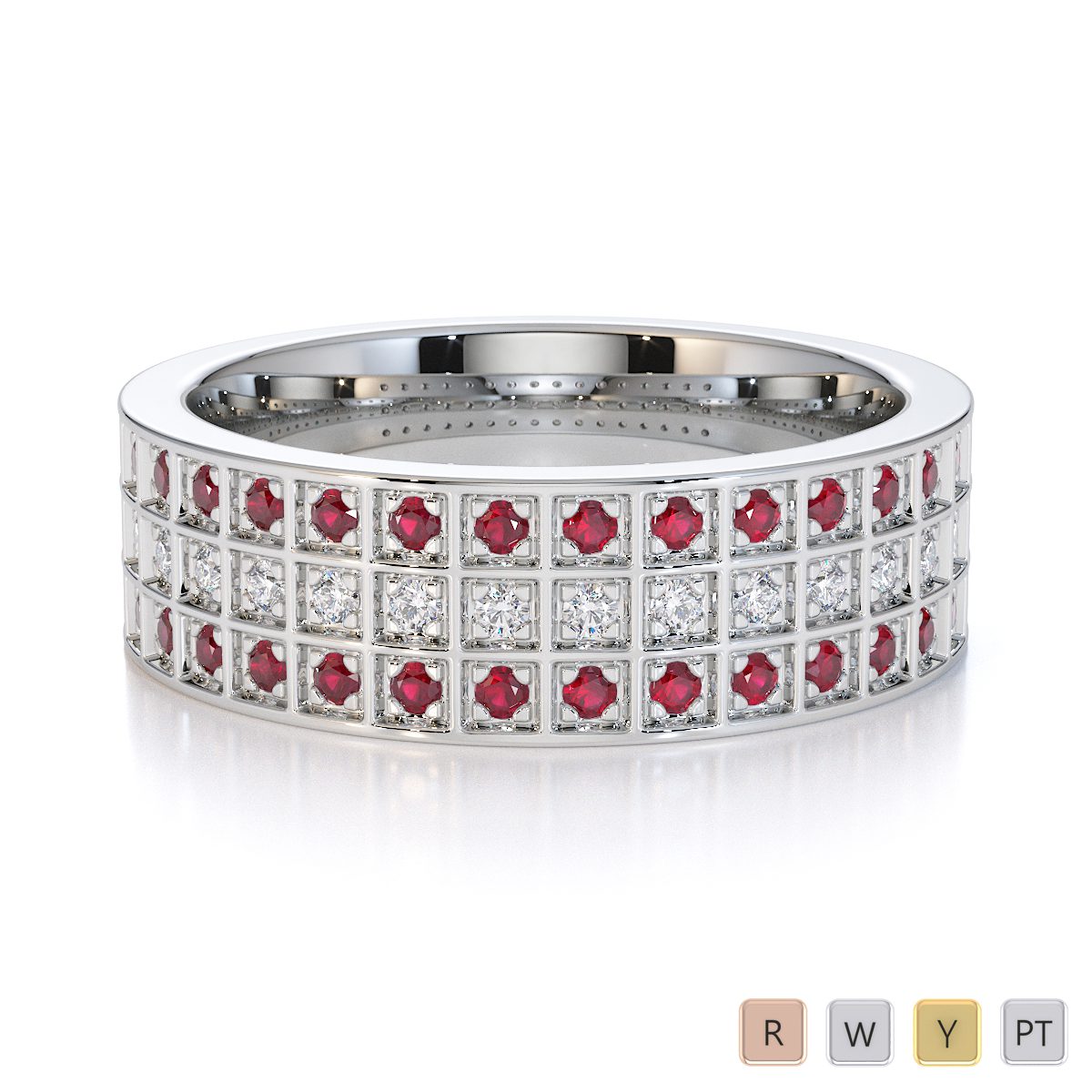 The word ‘eternity’ means timelessness or forever. Eternity rings hold the symbol of foreverness for couples. It is a piece of jewellery that has been part of tradition for 4000 years. Today, the jewellery market provides a massive range of platinum eternity rings, diamond rings, gold eternity rings, etc.

According to Wikipedia, “an eternity ring also known as an infinity ring, worn on the hand, comprising a band of precious metal (usually gold) set with a continuous line of identically cut gemstones (usually diamonds) to symbolize never-ending love, usually given by a husband to his wife on the occasion of a significant anniversary.”

But what is the story behind this beautiful token of love?

What is the symbolism and reason for this ring to exist in the first place? Let’s learn.

A deep dive into the history

As we mentioned before, eternity rings date back 4000 years ago. During the Egyptian era, husbands often gave their wives infinity rings made of gold. The tradition was not to commemorate any specific occasion. It was a token of love and togetherness.

Earlier, eternity rings were simple. A precious or semi-precious stone with some stones on the half of the ring. Sometimes it used to run through the entire ring.

Early examples of infinity rings mimicked a snake devouring its own tail. It was a common symbol known as ‘ouroboros’ meaning eternity.

Although, eternity bands are found in a range of varieties. There are different stones, metals, and shapes of gemstones used to create the jewellery. However, there are two different ways to classify these rings.

In this ring, the diamonds are set only on one half of the metal. Usually, it is in the top half. This style is more practical, as full eternity rings can be heavy. Also, gemstones can fall off from the bottom half of the ring. They are also more affordable than full eternity rings. But that depends on the type of metal, karats of gemstones used.

Full eternity rings have gemstones or diamonds set around the whole band. These are more aesthetically pleasing than half infinity rings. These are often more expensive but due to the settings of the diamonds, it looks stunning.

When can you give an eternity ring?

Traditionally, eternity rings are presented when the couple is married. It often marks a milestone like one year of marriage, a new-born child or a Valentine’s Day special gift.

Today, we see a lot of couples giving each other diamond eternity rings to mark a milestone in their anniversary. It signifies the time you have spent together and a promise to the future that you want to share with each other.

Older couples often present infinity rings on their 25th wedding anniversary. Young couples give them during the marriage itself. Like, instead of giving a wedding band, you can give an eternity ring to signify a new chapter in your life.

Can eternity bands be used during a proposal?

An eternity band already symbolises forever love. So, if that’s not a unique engagement ring, we don’t know what is!

Well, some people still think eternity bands as too avant-garde for their taste. They would much prefer a solitaire or a traditional engagement ring.

But, a few years ago black diamond was also considered wild for an engagement ring. But they are one of the hot sellers. If you know your partner loves it, proposing with an eternity band is a unique statement.

In fact, we have a range of selections of eternity rings at AG & Sons. Here are our best picks for the season. Diamond and blue sapphire eternity ring for the perfect proposal Diamond and Emerald Eternity ring to welcome the new-born