What Is a Viral Infection, and How Does It Affect Our Health? 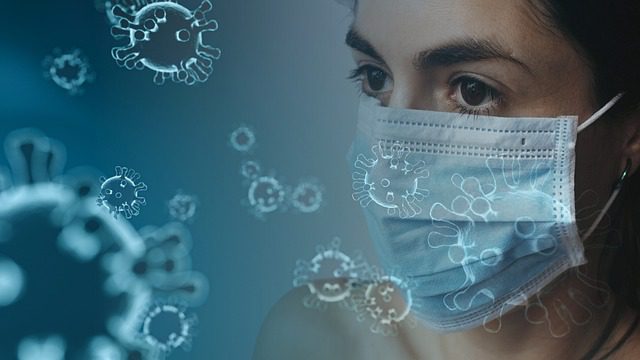 Viral Infection is very common. There are different types of viral infections, and each one affects the human body in its own manner. Viruses can be acquired from an infected person, from a contaminated object, or even by coming into contact with an animal that has been affected.

They can also enter your body through mosquito bites, contaminated food, or water sources. Most of these viruses are highly contagious, passed on by a host of different means, which include sneezing, coughing, and even coughing up blood, which might be your first sign that you have been infected. Read the article till the end to get more information on viral infection and its treatment.

1. What is an infection?

A viral infection is an illness caused by a virus, which is a small infectious agent that can replicate only inside the living cells of an organism. Unlike bacteria, viruses do not have the ability to grow or reproduce outside of a host organism. They can infect a wide variety of organisms, including animals, plants, and bacteria.

Viral infection often goes unnoticed because it doesn’t cause any noticeable symptoms. Left untreated, infections can lead to serious complications that may even be fatal. If you suspect that you have a viral infection, you’ll want to get started on the right foot with your healthcare provider as soon as possible.

2. How Does a Viral Infection Affect Your Health?

There are many different types of viruses, and each type can cause a different kind of infection. Some common viral infections include the flu, the common cold, and chickenpox. These infections are typically characterized by symptoms such as fever, cough, sore throat, and runny nose.

Viral infections can also cause more serious illnesses, such as HIV/AIDS, hepatitis, and some types of cancer. These infections can have severe and long-term effects on a person’s health, and they may require treatment with antiviral medications like molnupiravir.

To prevent viral infections, it is important to practice good hygiene, such as washing your hands frequently and avoiding close contact with people who are sick. Vaccines are also available for some viral infections, such as the flu and HPV, which can help protect against these diseases.

It’s also important to note that there are many unknowns about viruses, and new strains or forms of viruses can appear and evolve over time. For example, in 2020, the SARS-CoV-2 virus emerged and caused a global pandemic. WHO and the CDC are constantly updating information and guidelines on how to detect and prevent the spread of this and other newly emerging viruses.

Your Mental Health and the Holidays

As I mentioned earlier, there are many different types of viruses that can cause a wide variety of infections. Among the most frequent viral infections are:

This is a highly contagious respiratory illness caused by the influenza virus. Symptoms can include a fever, cough, sore throat, runny nose, and body aches. The flu can lead to serious complications, such as pneumonia, and can be fatal, especially for people who are at high risk for complications, such as young children, older adults, and persons with specific underlying health issues.

This is a mild respiratory illness caused by a number of different viruses. Symptoms can include runny nose, congestion, cough, and sore throat. The common cold is usually not serious, but it can cause a lot of discomfort.

This is a highly contagious illness caused by the varicella-zoster virus. Symptoms can include fever, rash, and itching. Chickenpox can be serious, especially for people who are at high risk for complications, such as young children, pregnant women, and people with weakened immune systems.

This is a highly contagious respiratory illness caused by the measles virus. Symptoms can include fever, rash, cough, and runny nose. Measles can be serious, and in some cases, it can lead to complications such as pneumonia and encephalitis.

This is a sexually transmitted virus that can cause cervical and other types of cancer, as well as other conditions such as genital warts. There are vaccines that can help protect against certain types of HPV.

This is a virus that attacks the immune system and weakens it, making it difficult for the body to fight off other infections and diseases. HIV is primarily spread through unprotected sexual contact, sharing needles, or from mother to child during childbirth or breastfeeding. With appropriate care and treatment, people with HIV can live long, healthy lives.

4. How to treat viral infections in general

Viral infections are easy to catch but hard to diagnose. So when an infection is suspected, it’s important to know how to identify and treat it before it gets worse.

Viral infections can be treated in different ways, depending on the specific virus and the severity of the illness. In many cases, viral infections will resolve on their own without the need for any specific treatment.

For example, most people with the flu or a common cold will get better on their own within a week or two. In some cases, antiviral drugs such as molnupiravir can be used to treat viral infections. These drugs work by interfering with the ability of the virus to replicate and reducing its ability to do so.

However, not all viruses are sensitive to antiviral drugs, so it is important to determine the type of virus. Until you can come to a conclusion about the type of virus, it is prudent to use a drug like Molaz molnupiravir 200 mg capsule.

In cases of infection for which there is no specific treatment, some over-the-counter medications can be used to relieve symptoms, such as molnupiravir by zaharaheckscher. These treatments can help relieve symptoms. Bed rest and drinking fluids can also help ease the symptoms of a viral infection and speed up the recovery process.

5. It is also important to avoid viral infections. There are some general precautions and recommendations, such as:

Viral infections are common and usually not serious. We frequently deal with colds, stomach bugs, and skin rashes and blisters. But some viruses cause life-threatening illnesses, and some common illnesses, like the flu, can become serious. This is why it is important to take steps to protect yourself and those around you from viral infections. Taking Movfor molnupiravir 200 mg capsule antiviral medication, having good hand-washing habits, and having safe sexual experiences can help you stay healthy.