Ferrari Roma vs. McLaren 720 – All You Need to Know 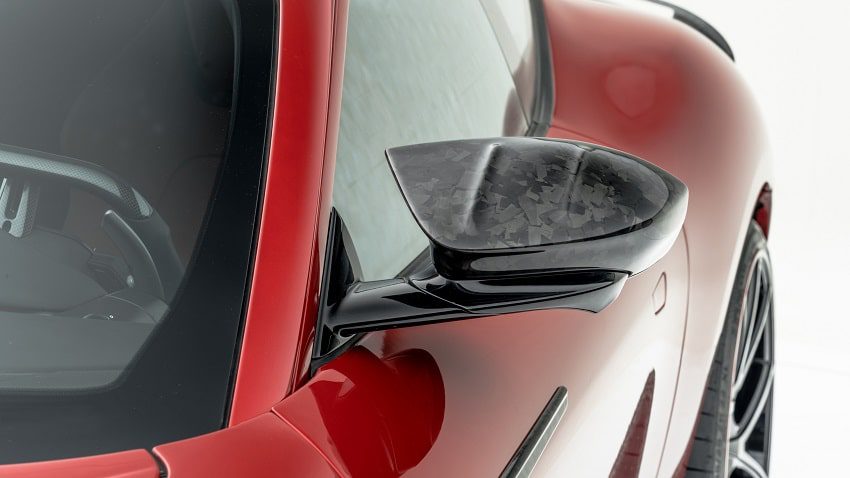 The competition in the automobile industry has grown significantly in the last few decades. Most brands have established themselves well and introduced new car models with advanced technology features. This impact the quality of rides and sets high the standards and expectations of the riders. Ferrari Roma and McLaren 720 are the two most popular cars among riders.

Ferrari Roma and McLaren 720 belong to the category of sports cars, so people are often too eager to explore sporty rides. When it comes to getting and riding a car, most people resort to renting as it is a much more efficient choice. Many of them want to pick the single best ride not to waste their time and money, so a comparison helps them in this quest.

If you are confused about which one to pick out of Ferrari Roma and McLaren 720, get into the depth of this article and learn which one is a better option.

Making a comparison of two cars is often too easy yet too complicated. You might just look at them and know which one you like more. However, design and looks should not be the only criteria for comparison. Exploring other features might not convince you otherwise, but it will surely tell you about the better option.

Here are some of the major points you can utilize to distinguish Ferrari Roma and McLaren 720 from each other and go for the better option.

The engine is the first and foremost highlight which distinguishes the two cars. Ferrari Roma comes with a 3.9 liter twin-turbo V8 engine with 8-speed automatic transmission. On the other hand, McLaren 720 comes with a 4.0 liter twin-turbo V8 engine having a 7-speed automatic transmission. So, there is not much difference between the two cars in terms of engine, yet Ferrari is the favorite of many. People contact dealers offering Ferrari car rental in Dubai and get Roma for sporty rides.

Many people are concerned about seating capacity when buying or renting cars. While most routine use cars come with a seating capacity of five people, luxury cars can accommodate up to eight people. Ferrari Roma and McLaren 720 fall in the category of sports cars, which have limited seats. Roma comes with four seats, while McLaren 720 has only two seats. So, you can pick partners according to the available number of seats and enjoy your rides.

Design is one of the most critical aspects to compare and distinguish two cars. In the case of Ferrari Roma and McLaren 720, both may seem similar at first glance, but they have sharp differences. Both cars are coupes, but Roma is a four-seater, and McLaren 720 is a two-seater, which impacts the design too. Ferrari Roma supports a sleek and stylish design, while McLaren 720 has a bold and captivating design.

Interior is another important point you can utilize to compare Ferrari Roma and McLaren 720. Up until the recent past, people were only concerned about the design of the car, but now they check the interior too. Roma comes with ventilated seats, a 6-way manual adjustment option, and a driver armrest. On the other hand, McLaren 720 offers only 4-way manual adjustment, a cooled glovebox, and dual-tone. The interior of the Ferrari Roma looks more stylish and comfy.

No ride is complete without some infotainment. Both Ferrari Roma and McLaren 720 are well equipped with infotainment essentials, which also add more quality to the rides. Some of the notable entertainment features found in both cars include Bluetooth connectivity, USB/ pen-drive support, aux support, iPod compatibility, steering mounted controls, GPS, and navigation. So, you can pick any car without being worried about getting bored during long drives.

The last point of comparison between Ferrari Roma and McLaren 720 is the safety essentials. Roma has the safety features like high-beam assist, child seat anchor points, and lane departure warning, which are missing in the other. On the contrary, McLaren 720 comes with rear parking aid, backup camera, brake assist, and child lock, which are missing in Ferrari. You can still contact the sports car hire Dubai dealer to rent Ferrari as it ensures the safety and offers multiple other perks.

Ferrari Roma and McLaren 720 – which one do you prefer?

Ferrari Roma is a better option in numerous terms and features, so it should be your first pick. Contact professional dealers to rent it and enjoy long rides to learn if it is really up to your standard.