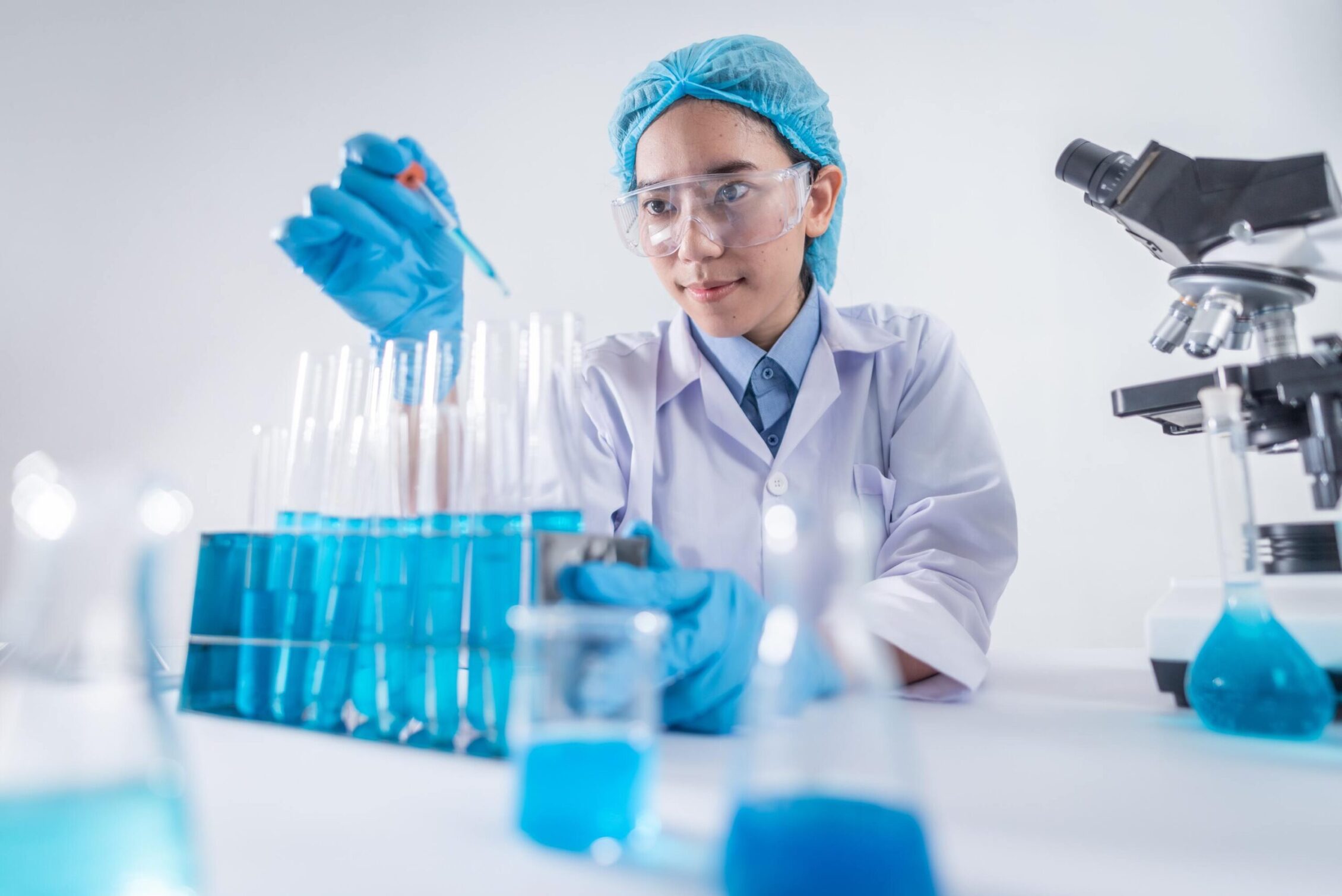 ELISA is an acronym, and it means Enzyme-Linked Immunosorbent Assay. It is a highly sensitive immunological test used to detect, determine and quantify the substances like antibodies, antigens, peptides, and various proteins and hormones. It also helps to determine the quality and quantity of these substances present in the body of the sample. ELISA assays are so sensitive that the entire procedure is considered the gold standard of immunoassays.

The Working Principle of ELISA

The basic principle upon which ELISA tests are performed is by immobilizing the target antigen. The unbound materials are then detached or separated. To achieve this, a solid plate of assays is created with several wells in it.

There are various types of formats for ELISA. These are as follows –

Regardless of its type, the basic working principle of all ELISA tests is the same. When the sample containing the antigen that needs detection (known as analyte) is introduced to the assay plate-

Various instruments such as a spectrophotometer, fluorometer, luminometer, etc are used to detect, measure, and quantify the light-emitting signals produced by the compound in the assay.

There are two steps involved that segregate the ELISA formats into different categories. The mode of detection (direct or indirect) and the method of target immobilization. The detection method of the target in the analyte is crucial since this step influences the degree of sensitivity of the test.

In a Direct ELISA type, a primary antibody and the antigen (or analyte) bind, and the epitope or the target in the analyte is detected directly. An enzyme is directly conjugated to a primary antibody right at the beginning, and the moment it hits the ELISA assay, it emits signals.

The signal amplification in the direct method is generally feeble and hence, less sensitive. It can sometimes be misread and miscalculated.

One of the advantages of using direct Elisa is that it eliminates any chance of cross-reactivity due to the introduction of a secondary antibody. It also involves fewer steps, and the entire process is quicker than the indirect ELISA.

The indirect detection method of ELISA is more sensitive and produces more accurate results. Here, the target analyte (sample) is directly introduced to the assay plate, and then an indirect method of detecting the target is used by introducing an enzyme concentrate.

Then the bound and unbound chemical components are separated, and a substrate is used to determine the emission of light signals. The emitted fluorescence is then captured and quantified using the appropriate instruments.

Thus, indirect ELISA requires an additional step of detecting the target and secondary antibody, which is an enzyme-linked antibody that complements the primary antibody. The primary merits of the indirect ELISA method are its high sensitivity and low expense.

Further, it involves using many possible primary antibodies and is very flexible in their presence. This method is a high preference due to its other advantages, barring the risk of the possibility of cross-reaction among the secondary antibodies.

The antigens are smashed between the primary and secondary antibodies while introduced to the ELISA assay plate wells. This is known as Sandwich ELISA. The rest of the procedure is the same as the indirect ELISA method.

The sandwich ELISA is the most sensitive method among all the ELISA formats or types and is also the most commonly used. However, its major drawback is that it is time-consuming and expensive.

It involves the competitive binding of two antibodies against each other. The sample contains the native primary and enzyme-conjugated secondary antibodies. These are then introduced into the assay plate.

The two antibodies compete to bind and produce the desired color signals based on substrate specificity. If the color is neutral, then one of the antibodies has bounded with the antigens, which indicates a positive test result of the sample.

Competitive ELISA has low accuracy in specificity, and therefore it does not work well with diluted analyte samples. However, competitive ELISA can be advantageous if these samples have a good concentration of antigens.

Since the need to purify these samples is low, it can measure huge antigens in the analyte. It is more constant and has exceptionally less variability. Also, it is used for a small number of antigens if the analyte sample is a concentrated mixture.

Besides, various other variants of ELISA assays have been developed to determine and quantify the antibodies. However, the main working principle remains the same throughout. Identification of luminous signals emitted through the compound makes the ELISA a reliable and absorbing procedure.